Once upon a time outdoor play was just a natural part of childhood. Of course back then it wasn’t so much a matter of Mom and Dad knowing that fresh air, exercise, and social interaction were going outside and jumping rope or playing kick the can with other kids in the neighborhood used to be as automatic as eating breakfast. Vital to both the physical and intellectual development of a child as much as it was getting us kids out of their hair for a few hours.
Though there’s an abundance of colored sidewalk chalk available for sale still today, kids rarely use it to draw a hopscotch grid. I remember we usually had a choice of traditional white or maybe yellow chalk to draw the playing field. The advantage to jump rope was that it could either be a solitary activity or played with an unlimited number of kids turn and it was time for the next player to see how many choruses of the song he or she could get through before stumbling.
Jacks is another game that dates back to ancient times, although in 400 BCE the players used the tiny ankle bones of sheep instead of the six-pointed metal pieces that were included with a red rubber ball in every birthday party favor bag in the 1950s and ’60s. Some of us who never advanced past “twosies” didn’t find much enjoyment in a game of jacks, but it was allegedly a great exercise in hand-eye coordination.
Red light, green light required a minimum of three players, but there was no maximum. And the actual play involved something kids love, running as fast as they could when the Traffic Light turned his or her back and announced green light! When the Traffic Light did an about face and called out red light, however, everyone was required to freeze in place, and anyone caught moving had to return to the starting line.
There were several dozen variations of tag, from frozen tag to TV tag to shadow tag. Flashlight tag was always a favorite of mine mainly because it was played after dark and had that extra element of spookiness and suspense as you ran through the neighborhood hiding in sheds and ducking around hedges.
Red Rover was the ideal playground game because more players made for better game play. Two teams of players joined hands and faced each other on opposite sides of the field. The captain of each team took turns summoning a player from the opposite side “Red Rover, Red Rover, let Jack come over!” Jack would then have to run at top speed and try to break through the joined hands of the opposing team. If Jack didn’t manage to break through, he had to join the opposing team. However, if he did break through the chain, he not only got to return to his own team, but he was also allowed to take one of those weak link players back with him. The amount of rough-housing required for this game almost guarantees that would be banned from today’s sanctioned playground activities.
So many games we played as kids are long forgotten. There are the board games also, Monopoly, Clue, Pick Up Sticks but we’ll get into those another time 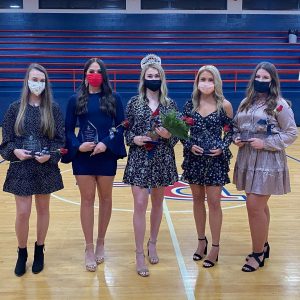 A different look for Homecoming 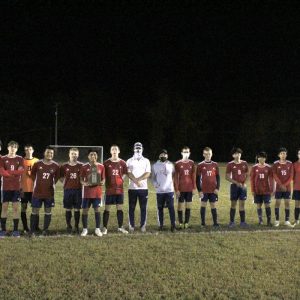