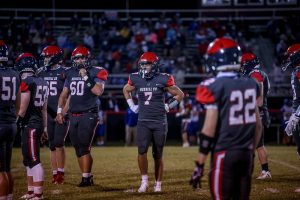 The Laker defense denied the Patriots of ACS on all three of their point-after attempts, none more important than the 2-point conversion they stopped with no time left on the clock. File photo by Jessica Gossage