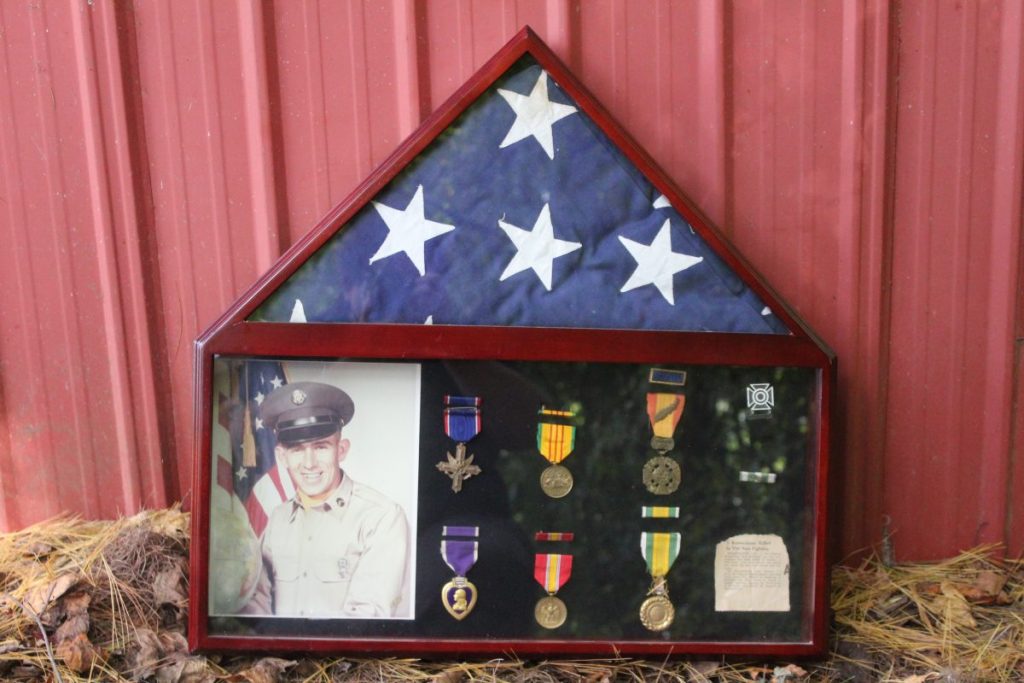 Avery’s coffin flag which still carries the dust from the vigil that was held for him when he returned in 1965. Below the flag is Avery’s Army portrait along with his awards: (top row) Distinguished Service Cross, Vietnam Service Ribbon, Republic of Vietnam Gallantry Cross with Palm below the Presidential Unit Citation, Republic of Vietnam Campaign Service Ribbon below the Army Sharpshooter Badge; (bottom row) Purple Heart, National Defense Service Medal, Military Merit Medal. The slip of paper in the bottom corner is the initial AP report of the ambush which claimed Avery’s life and the lives of four other Kentuckians.

On June 8, 1966 Private First Class Avery G. Smith of Russell County was killed in action defending a column of over 150 United States soldiers from a Viet Cong ambush along Highway 13 at Ap Tau O. That road would come to be known as “Thunder Road” for all of the attacks that occurred along its path. Four months later his family was presented with his Distinguished Service Cross, the second highest award the United States can bestow, for Avery’s selfless and heroic actions in defense of his column.
Over the next few weeks we will be looking back at the story of Avery G. Smith.

Before he was anything else, Avery G. Smith was a son and brother. Born on the family farm to Reverend A.G. Smith and Okra Dockery Smith on Sunday, August 1, 1943 Avery was the second of what would eventually be six children. Along with his older sister Orvella, Avery had little siblings Donnie, Lela, Jeff, and Paula to look after. 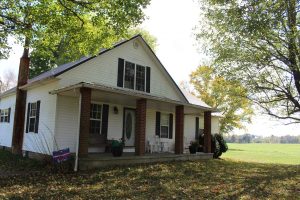 The Smith farm home as it stands today. Here Avery grew up with his five siblings.

On the farm
“Avery was just a young man that was vibrant. He was vibrant and enjoyed life,” Jeff Smith said. Growing up on the farm together, Jeff had nothing but admiration for his older brother.
Even more than five decades later, Jeff still feels the pain of Avery’s loss. Even now, Jeff still feels the love and care of his older brother.
“We had our quarrels here and there, it’s just how brothers and sisters are,” Jeff said. “But we lived in a big family atmosphere.”
The family farm still sits where it was, nestled between Perkins Creek and what is now the Russell County Airport, the kids spent as much time as they could outside. They hunted and fished, and, in the winter, they went out to their barn in front of the house to play basketball.
The building, which is still in use, held a lot of hay and on the upper floor the kids erected a basketball court. Its boundaries were the outer walls and the haybales themselves. Smith family basketball had another feature, its court ran through several of the upper-level support posts.
“We ran a lot of picks off of those posts,” Jeff recalled with a smile that admitted he caught as many of those picks as he gave.
Even in the coldest winters, the barn stayed warm and warmth was something Avery exuded throughout the year.
“Avery was a really caring brother,” Lela Hix, Avery’s younger sister, said. “There was a time when I was in high school and had a pop quiz in sociology. I and about everyone else failed it and I was all tore up about it.” 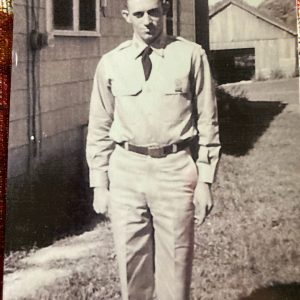 Outdoors
Avery loved the outdoors and anything he could do to be there, in particular hunting and fishing.
As later evidence would testify, Avery was a good shot. It was a skill he honed alongside his family.
A time ago when they were all young men, Avery, his brother Donnie, and Hershel Foster, the husband of one of their cousins, took Jeff rabbit hunting with them. Jeff was the youngest of the group, and more along for the adventure that the older ones were more than happy to bring him on than doing any hunting. It was in early December, just after Thanksgiving and the late-autumn cold was in the air.
“We went out to the old Easel woods,” Jeff said. “It was about a hundred-acre tract of land that they’d cut for timber back in the late 50’s. We went over there, into the trails. We had our beagles out and were running rabbits everywhere. We kept getting rabbit after rabbit. About 22 in total and I think Avery killed half of them because he was the only one who could really get them.”
Back at home and away from the freedom of the woods, the family farm was no vanity project and there were still animals to tend to and crops to manage. Still, Avery found joy in his work. “Out on the farm, he loved getting on and driving a tractor,” Jeff said. “He loved bailing hay, mowing, picking and planting corn.” 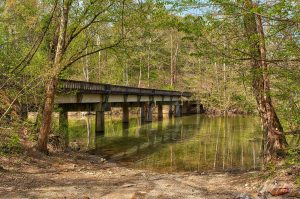 The bridge where Avery spent an August afternoon on leave catching fish with his little brother. Photo courtesy Joe Moore

At work and to the draft
That love of being on and driving heavy farm equipment led him into his first career after graduating Russell County High School in 1962. Avery operated heavy equipment and worked along the I-65 corridor for the McClure brothers, reshaping the landscape of Kentucky by moving earth and stone and putting up the original signposts and markers that helped people navigate the Bluegrass before GPS and Google Maps.
In his capacity as a heavy machine operator, Avery also did most of the digging for the pool at Lake Cumberland State Park.
Avery worked with the heavy machinery until June of 1965 when he was drafted into the armed services. “At the time we didn’t really think too much of it. I thought he would go in and serve his time like anybody else,” Jeff said. “There was no hesitation on Avery’s part.”
Most of America would not come to know how serious the situation in Vietnam was until 1967 and 1968, but Avery’s death in 1966–the first death of a Russell County soldier in the war–brought the reality of Vietnam home to Russell County.
Avery returned to Fort Knox where he served as a driver through the fall before he was sent overseas to begin his tour in Vietnam on December 13, 1965. 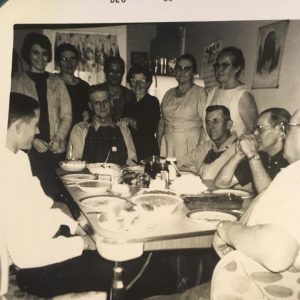 Next week we will cover Avery’s time in Vietnam.