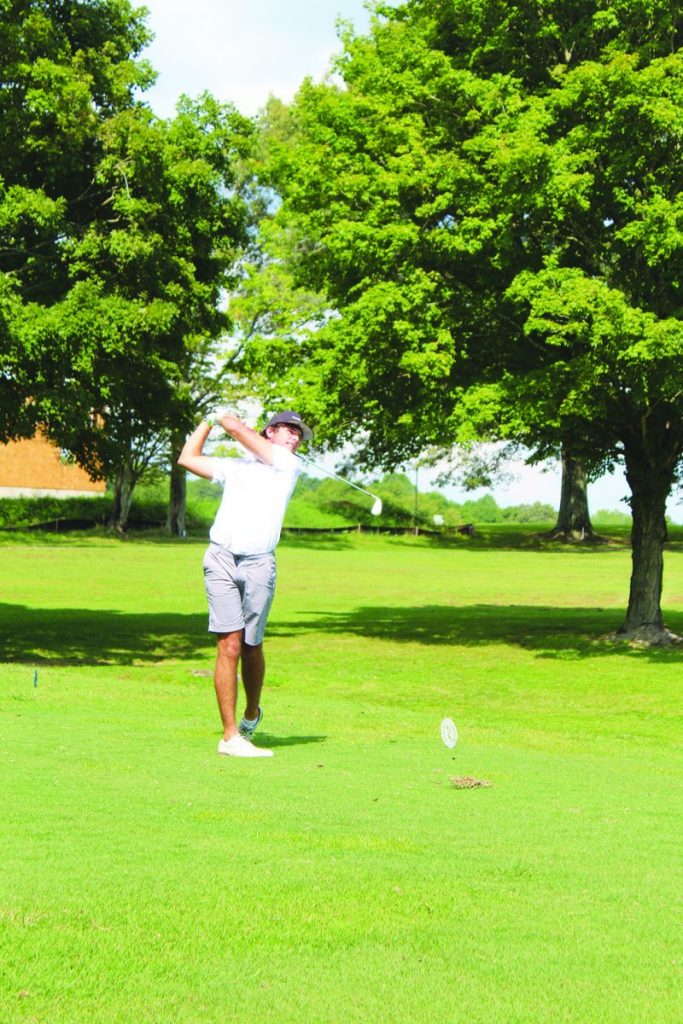 Clay Anderson was one of three Lakers to shoot in the 30s in their nine-hole matchup against Metcalfe County. The varsity team won the match 155-171. Photo by Drew Bergman.

It was a light week for the RCHS boys golf team this week with only one contest–a home matchup against Metcalfe County on their slate. After clearing through a cavalcade of early-season tournaments the Lakers settled in for a nine-hole matchup that saw three varsity Lakers within three strokes of par and the JV squad get in some essential experience.
“It was a good day for both our varsity and our JV team,” head coach Charlie Anderson said. “Metcalfe is one of our district opponents and we’ll see them later in the year. We played pretty well with three guys shooting down in the 30s.”

Leading the way for the boys was Bentley Perkerson who shot 36 on a Par-35 day. “I was really proud of Bentley,” Coach Anderson said. “He played really fantastic today and made some really great shots…. He had two unbelievable pars, pulling off a big shot at the right time.”

Also shooting in the 30s were Nick Blakey with a 37 and Clay Anderson with a 38. Dru Stapp shot a 44 and Josh Glover a 45 for the varsity team. The Lakers combined to defeat the Hornets 155-171.

As a team, the JVs dropped their score from a 210 against the Scotties to a 202 against the Hornets, winning the second of the two matches.

Kole Rixon lead the way for the JV team shooting 44 and 47 in the two contests, Daylon Blevins shot a 50 both days and Paxton Troutman was likewise consistent shooting 53 both Monday and Tuesday.
Rixon and Josh Glover have been battling all season for the fifth spot in the team’s five-man varsity rotation, and the competition between the two has brought out the best in each according to Coach Anderson.
“Their scores have been really close all season,” Coach Anderson said. “Everybody wants to be in the top five and I’ve been really pleased with how Kole and Josh have responded, trying to battle their way into the five-spot.”

The Lakers hosted Clinton County last night and their next match will be against Cumberland County on September 3. 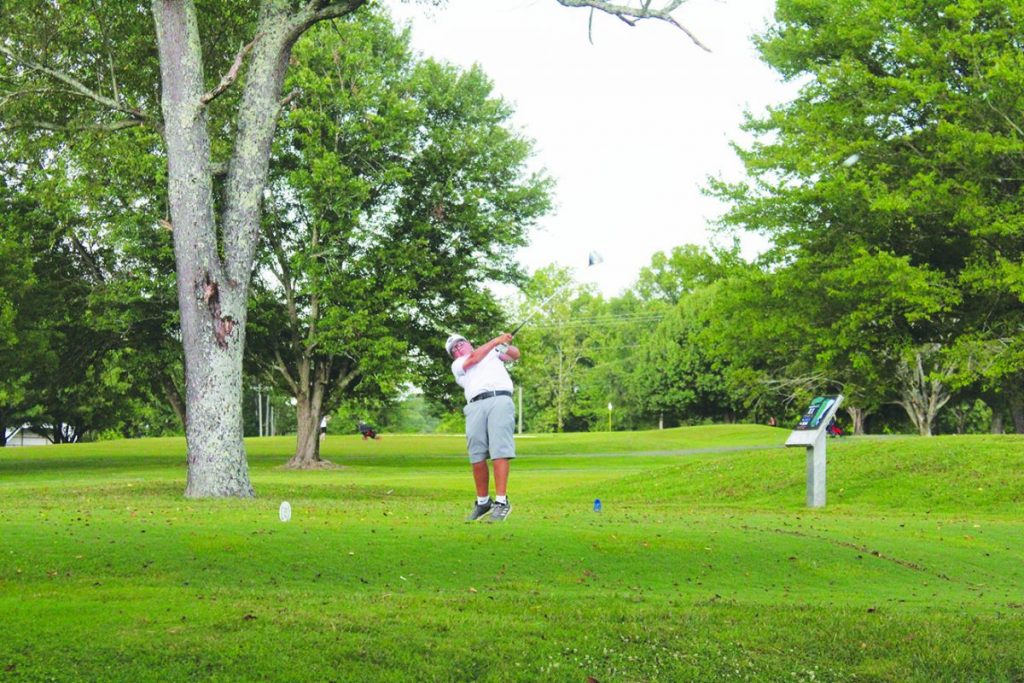 Kole Rixon paced the JV team in matchups against Glasgow and Metcalfe County, shooting a 44 and a 47 in back-to-back days. Photo by Drew Bergman.