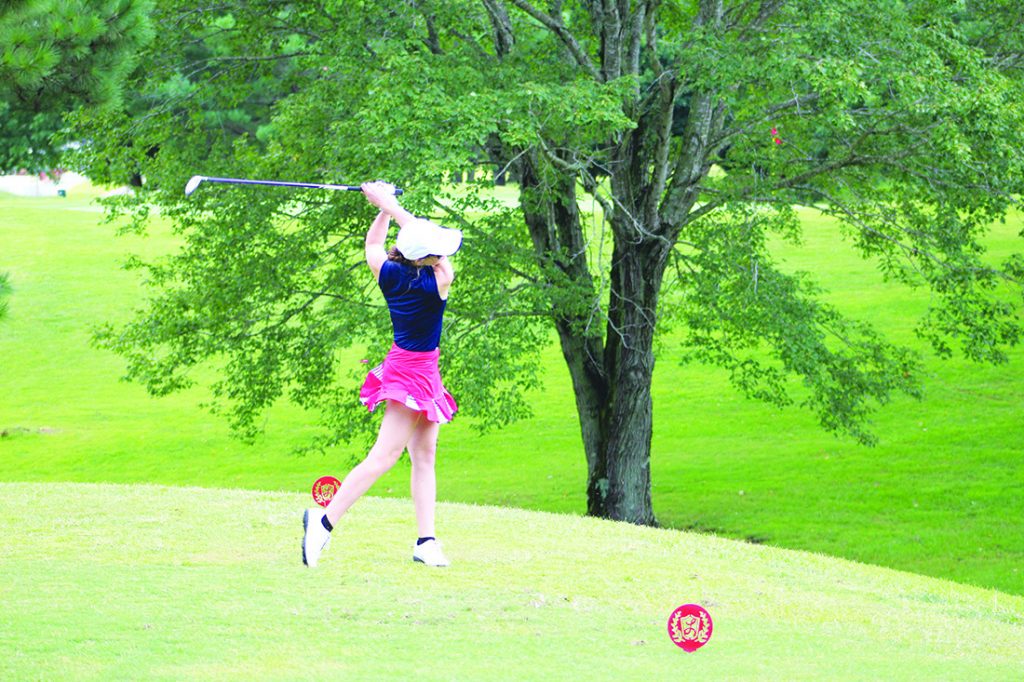 McKenzie Trautman finished second in the Kentucky Invitational Tournament after finishing just outside the top-ten at the Tylor County Cardinal Classic. Photo by Drew Bergman.

On Saturday, the Lady Lakers hosted the Kentucky Invitational Tournament at Lakewood Golf Course where they finished third as a team and McKenzie Trautman came in second overall.

Russell County shot 374 as a team, lead by McKenzie Trautman’s 76. “McKenzie was tickled,” Coach Melinda Wright said of her player’s finish. McKenzie’s 76 is six strokes better than her previous best, which she had shot the week prior at the Taylor County Invitational.

McKenzie almost chipped in an Eagle on Hole 8. “She landed [a chip] only eight inches from the pin, and it rolled back. She had an easy birdie on that hole.”

Breanna Trautman shot an 85, Madalyn Wright shot an even 100, and Emily Coe shot a 113. Breanna Trautman’s 85 was both her personal best round and good for a top-ten finish.

The week before the KIT, the Lady Lakers had to play through three competitions in three days with match play at Wayne and Pulaski Counties Thursday and Saturday and the makeup Taylor County Cardinal Classic that Friday.

Breanna Trautman shot an 89 in her first action of the season. “To come out her first tournament and shoot an 89 is really impressive,” Coach Wright said.

The team finished ninth in the competition, ahead of host Taylor County and others. The Cardinal Classic was to have been played the first of August but had been delayed due to day-long rain showers. “It never stormed, but it rained throughout the day Friday, and that was Madelyn and Emily’s first experience competing in weather like that,” Coach Wright said.

Despite their lack of experience in the elements, Madelyn Wright and Emily Coe came in with a 103 and 129.

The following day at Pulaski County both girls shaved handfuls of strokes off their game producing season-lows, with Wright shooting a 95 and Coe 110. Breanna Trautman had the low score of the day against the Maroons, shooting an 86 and McKenzie was right on her heels with an 87.

“Emily’s putting and chipping has really started to come along well,” Coach Wright said. “Her drives are coming in right in the fairway where they should be.”

Against Pulaski, McKenzie was within centimeters of taking a couple strokes off her already solid game. The team as a whole is seeing improvement in their scores already in the season with still more than a month until regionals.

The Lady Lakers will next travel to Larue County for their inaugural invitational tournament on August 29. 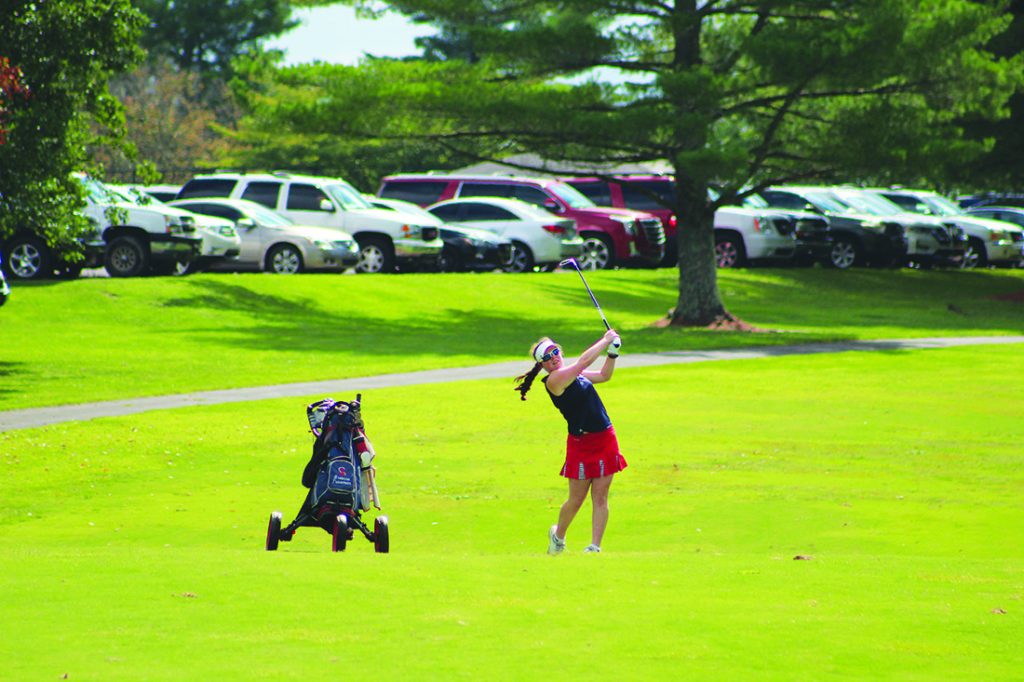