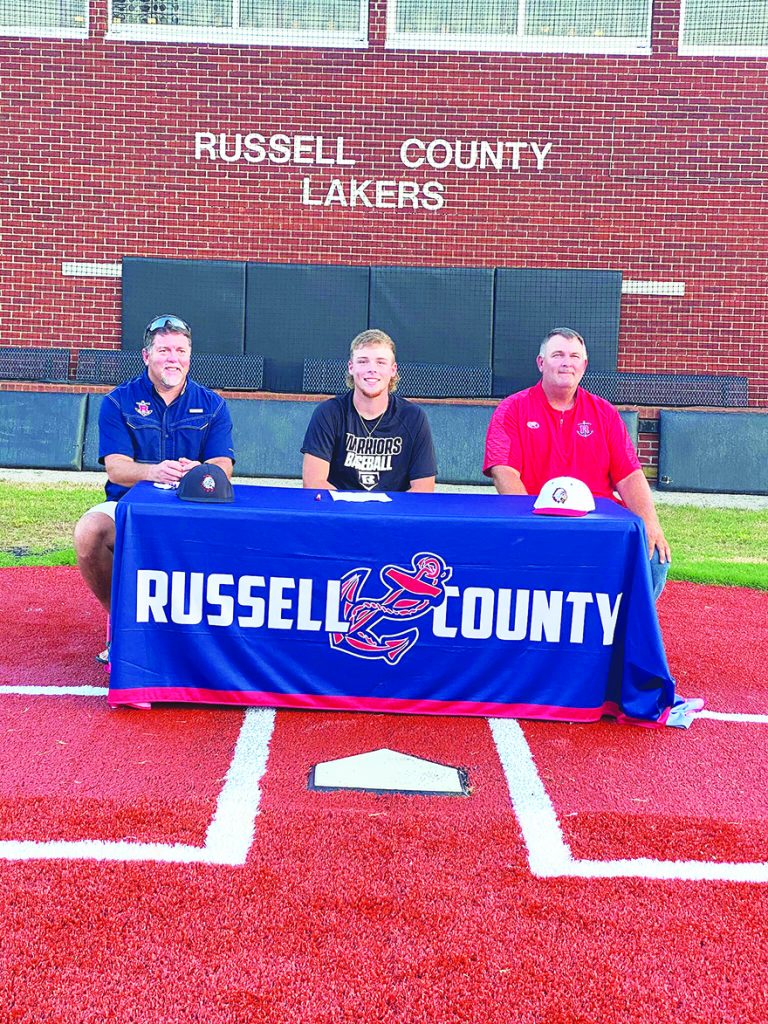 While he was denied a senior season, Russell County Lakers catcher Hunter Thomas will get to continue to pursue baseball next year, having signed with the Rend Lake College Warriors.

“We’re very proud of him, he’s worked really hard for a lot of years and I think it’ll work out like it’s supposed to,” Hunter’s mother, Karla, said.

“He is one of the biggest Laker fans to ever come through Russell County,” said Hunter’s father, Wallace. “He thinks the world of David Rexroat and the Laker program. We always told the people that tried to recruit Hunter that if they want to see Hunter play his best, come to a Russell County Laker baseball game. You would see the best come out of him.”

Being such a fan of Laker baseball had made the news of the cancellation of the 2020 season hard on Hunter, fortunately his work in the previous three years under Coach David Rexroat set him up to continue on.

“He would have been a four-year starter, one of the only four-year starters I’ve ever had in my 18 years as head coach,” Coach Rexroat said. “He was an East-West All Star. He was also third team All-state as a sophomore and was a finalist for the Johnny Bench award as the best catcher in the State of Kentucky.”

Without his senior season, Hunter was still able to get time in with the Evansville Razorbacks travel team where they competed in several national tournaments. That and his signing with Rend Lake College helped ease the disappointment of the spring.

“He’s a hard-working kid, was a great leader on and off the field and very talented on and off the field,” Coach Rexroat said. “He can weld, he can build. He wants to major in agriculture and wants to do that as a career. He’s a very good kid. Couldn’t ask for a better player.”

Rend Lake College is an agriculture school in Ina, Illinois about a hundred miles west of Evansville, Indiana.